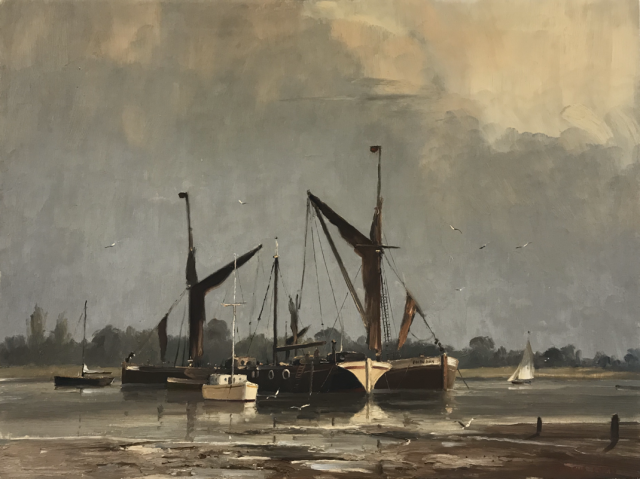 He was born in Forest Gate London and studied art privately and exhibited mainly at provincial galleries.

He also held several one man shows including 3 at Frost and Reeds in London. He was the president of the Upminster art society and was a member of the Wapping Group.

Ford later moved to Aldeburgh, and painted around Suffolk and Norfolk.

Sold out
Add to Cart