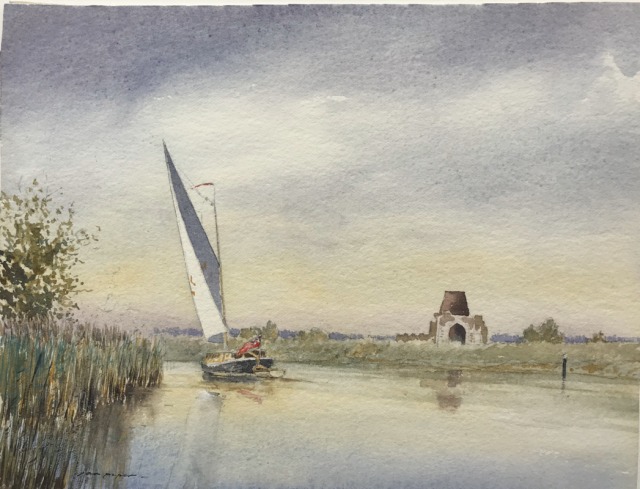 Ian Leslie Piper, was born at Ipswich on 12 June 1941, son of Leslie Charles Piper (1908-29 November 1986), a schoolmaster at Worlingworth, Suffolk, and his wife Agnes L. née  Clunie, who married at Ipswich in 1940. Ian studied at the Slade School of Art 1988 and the Norwich School of Art 1989-1996. An artist in oil, watercolour and drawing. He has exhibited at the Royal Academy; Royal West of England Academy; Royal Cambrian Academy Mall Galleries, London and in Glasgow, Oban, Norway and Sydney, and elsewhere and is represented by Mandells Gallery, Norwich. He lived at 4 Cecil Road, Norwich but moved to Diss on the Norfolk/Suffolk border.