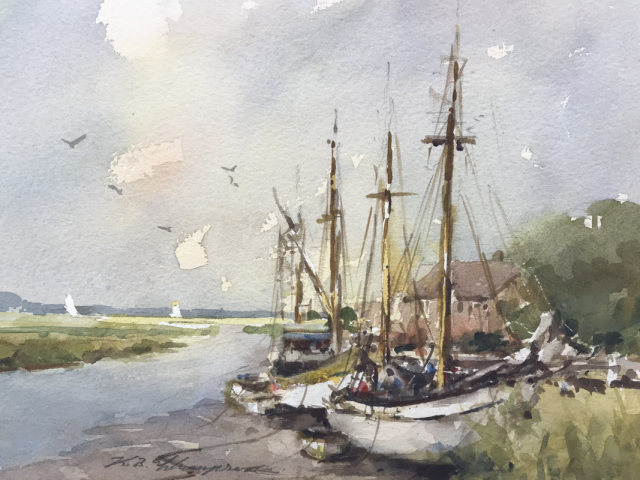 Kevin B Thompson - Boats on Estuary